March 26, 2021 Post a Comment
One of the most legendary JRPG games in the first Playstation era, this sentence is not an exaggeration to explain the position of Final Fantasy VIII. In the early days of its release, it became one of the first JRPG games to clearly showcase what the first Playstation could achieve as a platform at that time, from visuals, FMV, music, to long stories. Although VIII is also remembered as one of the JRPG games with a confusing complex system, it has also left a deep impression on the hearts of many gamers. The good news? You can now taste it officially on mobile! 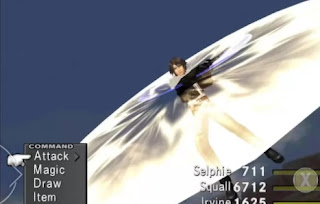 After being available for PC and consoles for quite a while, Square Enix suddenly came up with a surprising move. They have just released Final Fantasy VIII Remastered for the mobile market, Android and iOS. Given that this is a “Remastered” version, this means that you will encounter the FF VIII experience that already has better visuals, especially for the existing character models. For the Android version, gamers need at least Android 6.0 with RAM specifications above 2GB. It is also confirmed that you need download data of around 2.59 GB.

Final Fantasy VIII Remastered itself is sold for around Rp. 279,000 on the Google Play Store. This price includes a promo price and is likely to increase again on April 4, 2021. How? Interested in glancing at him?