3 of the Best Live Streaming Mobile Game Applications in 2021

April 03, 2021 Post a Comment
Currently, livestreaming game applications for mobile are very much sought after, this has not been spared from the shifting trend of playing games from PCs or consoles to mobile platforms.

Some of the reasons are by playing on a mobile platform, allowing players to play more freely and freely because they don't need to be stuck in one place.

Well, there are several mobile game streaming platforms available on the internet, here we will provide 7 lists of game livestreaming applications for mobile 2021. 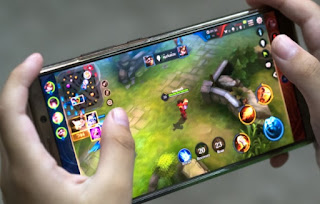 Streamlabs is one of the mobile livestreaming applications that we will recommend especially for those of you who are beginners. This application has many features that will support streamers in building their streaming channel.

Moreover, many of these features are also free, so streamers can build their own community in the future before they decide to use the paid version again.

Twitch is one of the most popular livestreaming apps in the world. Therefore, they also opened a game livestreaming service for streamers who want to livestream using their cellphones.

Facebook Gaming is a mobile streaming platform that you can try when you want to livestream using your cellphone. This mobile livestreaming application from Facebook has very supportive features for streamers.

Apart from that, streamers also have the advantage that streamers can have the opportunity to be watched by many Facebook users because this application is related to Facebook itself. Facebook itself as the largest social media in the world will be able to lift the streamers themselves.