Old school games The House of The Dead Remake

For older gamers, the era of floppy disks was still successful before finally being replaced by CDs and Flash Drives, The House of the Dead was a very interesting entertainment at that time. This survival horror game made by SEGA was released on arcade machines and later on PC.

With a distinctive design where players will run automatically and shoot V-Cop-style firefights, The House of the Dead is one of the most hit titles of the 90s.

In 2019, SEGA announced that they are trying to bring the game to their fans through The House of the Dead: Remake from the first and second iterations. In collaboration with publisher Forever Entertainment and developer MegaPixel Studio, this classic 90s game has been overhauled with a modern look that is more pleasing to the eye. 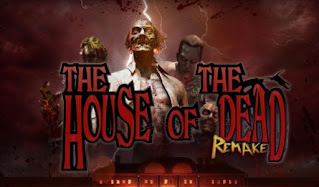 In its first gameplay that was shown via Nintendo Switch, Forever Entertainment showed off how scary zombies looked, which used to be just a simple 3D model. Interestingly, he was not changed with a new vision such as making his character movable, but still with the old mechanic, namely auto-run.

It is not clear when the game will be released and which platform it will target, but they have confirmed that Nintendo Switch will be the first platform.

That's the discussion about remakes of old school games in the 90s. Don't forget to visit sitgarbing.com to read other interesting articles about games and tutorials.