After officially showing off everything from the 1.5 Genshin Impact update and confirming the presence of the PlayStation 5 version. miHoYo finally confirmed when one of the games with fantastic income in such a short time will go to Sony's latest console.

miHoYo explained that the PlayStation 5 Genshin Impact version will be released on April 28, 2021. The exact same date as the game's 1.5 update which added Eula and Yanfei. 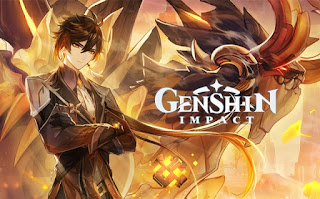 Through their video dev talks, miHoYo explains some of the upgrades they have made in the PlayStation 5 version of Genshin Impact. Some of the texture improvements and new visual appearance they made from scratch with various details of the game world. All for the sake of presenting Teyvat in unprecedented detail.

With the SSD that is owned by the PlayStation 5, miHoYo also ensures that the game loading time is shorter. They also show exclusive visuals of Qingyun Peak on Liyue only on PlayStation 5.

miHoYo also plans to add other features such as Dual Sense compatibility and other features that they haven't maximized.
That's the discussion regarding the release of the PS 5 version of the Genshin Impact game, don't forget to read other interesting articles from sitgarbing.com to get more information about games and tutorials. Hopefully helpful, and thank you.