April 18, 2021 Post a Comment
According to Capcom, Resident Evil Village will have the world's largest scale of the entire franchise as well as a wider area to explore both horizontally and vertically.

The development team even said that this game has more vertical areas than the previous series. The number of vertical areas will play a big role in the combat system in this game. Several variants of new enemy types such as Lycans have also been specifically designed to take advantage of this vertical area. 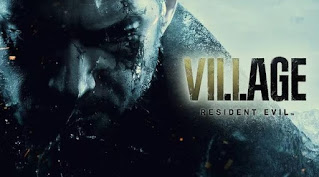 In addition, the wide area in this game allows players to have more options in handling various scenarios and situations when fighting against enemies.

Ethan's movement has now been accelerated to ensure that the wide world in this game can be fully explored. So you could say the gameplay phase was made faster than Resident Evil 7: Biohazard. However, Capcom also confirmed that Resident Evil Village was still more inclined towards horror than action.

Resident Evil Village is planned to be released on May 7, 2021 for the PlayStation 4, Xbox One, PlayStation 5, Xbox Series X / S, PC, and also Stadia.

That's the discussion about the RE Village game. Don't forget to visit sitgarbing.com to read other interesting articles.