April 30, 2021 Post a Comment
After the release has been postponed for a long time, Apex Legends Mobile is now providing the latest news. Even though until now Apex Legends Mobile has not given an official date when this game will be released, it is reported that this game will be released this year. In fact, it has also announced the iOS and Android specifications that need to be prepared to play this game.

Previously, Apex Legends was a free-to-play battle royale game developed by Respawn Entertainment and published by Electronic Arts. Released on February 4, 2019, this game is available on the PlayStation 4, Xbox One and PC via Steam. 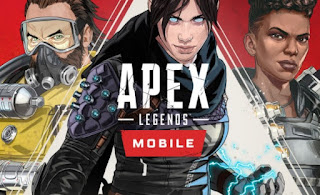 Has an interesting gameplay with a combination of battle royale and MOBA, making Apex Legends players continue to experience improvements every time. In fact, a new record has been broken by this game for the number of active players at the same time on Steam, which is 129,928 active players.

With its ever-increasing popularity, this shows that Apex Legends is one of the most popular battle royale games today. No wonder the fans are looking forward to the mobile version of this game.

In addition, the report also informs that Electronic Arts has collaborated with Tencent in developing the Apex Legends Mobile game, while Respawn Entertainment is only monitoring it.

Minimum iPhone 8, with a processor:

Minimum Bionic A11 or higher.
Android
At least use Snapdragon 625 or higher.

Apex Legends Mobile will be launched in the third quarter of 2021, however, you can play Apex Legends which is already available on PlayStation 4, Xbox One and PC via Steam.