What is Pubg New State, know the information and the fun

April 14, 2021 Post a Comment
What is PUBG New State, Here's the Info and Fun - PUBG is one of the Bettle Royal games that has been in great demand by almost all groups, from children to teenagers. Games that can be played as a team or solo. The PUBG game recently announced that it has the latest sequel called PUBG new state.

What is PUBG New State? Of course many friends ask about that? Then what's the difference with regular PUBG games? This PUBG New State game is a successor game from the usual PUBG game. If asked about differences, of course there are some differences, for example, the features and gameplay elements that make it different, which are more futuristic. 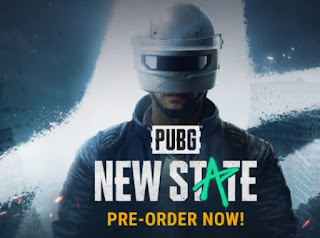 Sponsored: Want to shop for Cheap Laptops and PCs? Just order at EnterKomputer, the largest and most trusted PC shop in Indonesia

To better understand What is PUBG New State? And the difference with ordinary PUBG, see the following explanation:

Between the ordinary PUBG game and the PUBG New State Game, both place players in one area of ​​the game and there will definitely be attack after attack to get one winner at the end ... But for PUBG New State time settings, it takes time in the future, more precisely the year. 2051. Human civilization and increasingly disturbing technology are the hallmarks of the PUBG New State game.