With the new update, Genshin Impact PS5 will launch next week

April 20, 2021 Post a Comment
Unlike playing it in backward compatibility format, re-releasing games for the latest generation consoles does promise a myriad of improvements. In addition to enhancements to the visual side, it can also take advantage of various new features that were not available before. For gamers who love RPG action full of gacha waifu from miHoYo - Genshin Impact, this promise is made for the Playstation 5 version which turns out to be launched in the near future. 4K resolution, high definition textures, and faster loading times are new attractions. The good news? It will be available next week! 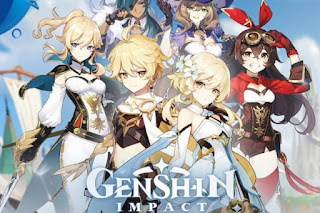 miHoYo ensures that the release of the Playstation 5 version of Genshin Impact will launch next week along with the new update 1.5 entitled "Beneath the Light of Jadeite". Gamers will be immediately greeted by 2 waifu characters to chase in the latest gacha banner session - Eula (five star Cyro) and Yanfei (four star Pyro). Not only that, this update will also contain a variety of new challenges as well as an opportunity to create your own "home" with extra customization features in it.

Update 1.5 as well as the Playstation 5 version of Genshin Impact itself will be available starting April 28, 2021.

That's a little discussion regarding the game Genshin Impact. Don't forget to read other interesting articles from sitgarbing.com to get more information about games.