7 PC and Console Games That Will Get the Mobile Version

May 10, 2021 Post a Comment
"All will be mobile in time." This sentence might sound like a joke if it was buzzed a decade ago. But over time, the success of the mobile market also tempted large developers and publishers to adapt their games to the smartphone medium. 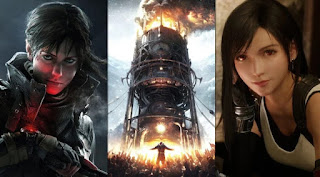 In recent times, it has been seen that many games that have already been released and have been successful on other platforms have been announced that they will soon reach mobile gamers. Without further ado, here are 7 PC and console games adapted to mobile platforms.

Respawn Entertainment's mobile version of the Battle Royale game has started launching a small close beta in India and the Philippines specifically for Android users. There is no definite information about the release date, but slowly the developer will open the closed beta of Apex Legends Mobile for other regions in the next few months.

2. My Time At Portia

It is often thought that Harvest Moon is mixed with RPGs in a post-apocalypse setting. Pathea Games' My Time At Portia is planned to be released for mobile in the middle of this year, with some adjustments so that gamers can experience a game similar to the PC or console versions.

Apart from Ever Crisis, Square Enix also announced a Battle Royale game that not only presents shooter elements like other games in the genre, but also presents a combat system adapted from Final Fantasy VII Remake. It is not clear when this game will be released but the plan is to come this year for iOS and Android.

It seems that you don't want to be left behind with Call of Duty, EA also announced that it will bring the Battlefield franchise to the mobile platform. The game handled by Industrial Toys is claimed to be different from the main series which is still released on PC and consoles. This game is planned to be released in 2022.

Who would have thought that this city building game mixed with the survival of the endless blizzard natural disaster by 11bit Studios will come to mobile under the banner of NetEase. The release of the mobile version of Frostpunk is planned to be announced on May 20 through the annual game showcase event by NetEase.

Those are 7 PC and Console games that are sure to launch for the mobile platform. Hopefully this is useful and don't forget to keep visiting sitgarbing.com to read other interesting articles.