Brought to you by Netease, Frostpunk Goes to the Mobile Platform

May 09, 2021 Post a Comment
NetEase Game has just confirmed that they are collaborating with 11bit studios to port Frostpunk games to the mobile realm. This game will be released for Android and iOS at the end of this year.

11 bit studio is the developer of the Frostpunk game, which is a city-building survival game where you and the survivors have to survive in a very cold world. You will protect yourself with fellow survivors and build infrastructure so you can survive. 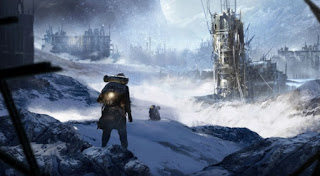 The release schedule for the Frostpunk Mobile game will be announced during the annual NetEase Games product release event on May 20, 2021. It is still unknown whether Frostpunk will become a Free-to-Play or paid game? However, if you see NetEase's usual fondness for producing Free-to-Play games, it is possible that the existence of this game on mobile will also be made like that.

That's the discussion about online games. Hopefully this is useful and don't forget to keep visiting sitgarbing.com to read other interesting articles, because there is still a lot of information you can get about games and tutorials. Thank you.