Nintendo will introduce the Switch Pro in the near future?

May 27, 2021 Post a Comment
Like a "legend", it continues to be discussed but never gets confirmation at all, this status is borne by the Nintendo Switch Pro. The news about the Nintendo Switch variant which is stronger, with a more stable screen, and DLSS support from NVIDIA has indeed surfaced several times despite Nintendo's ongoing denials. As predicted, the rumors wouldn't just go out of their way. The latest information from Bloomberg even believes that Nintendo will announce this new console in the near future. 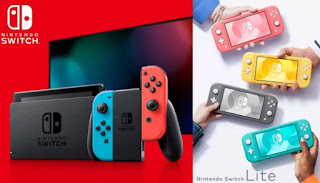 Claiming to have inside information, Bloomberg believes that Nintendo will finally officially introduce the Nintendo Switch Pro before E3 2021, which will happen in June 2021. The UK gaming site - Eurogamer also confirmed the same thing, where Nintendo has reportedly informed several third party developers if they want to participate in the official announcement regarding support for the new console.

Bloomberg also said that the Switch Pro will be released around September or October 2021. There is no information regarding what price level it will carry or whether it will be filled with “exclusive” games that are only available for this Pro version and not for the standard version of the Switch later.

How about you? If these rumors end true, how many of you will be interested in this Switch Pro?