May 15, 2021 Post a Comment
Being an AAA game release at the beginning of the month with high hype beforehand, discussions related to Capcom's latest action-horror game - Resident Evil Village did dominate the virtual world. From the discussion about the drama "steal the design" one of the monsters accused by the Dutch film director to the number of early sales that managed to beat Resident Evil 7. For PC gamers, the expectations that arise are of course the presence of "naughty" mods which are sensual, especially if we talk about Lady Dimitrescu and her cronies. But for a rare phenomenon, the internet just doesn't focus on it. 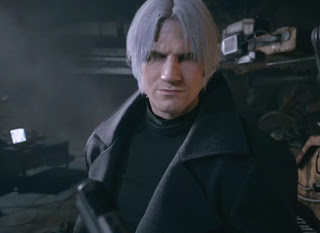 Instead of being filled with “naughty” mods as predicted by many, the Resident Evil Village mod community prefers to inject a variety of super absurd mods, some of which are ready to invite laughter. From being super fad like changing baby Rose's head to Chris Redfield's, from changing Dimitrescu's figure to Ada Wong, adding Frank Dead Rising's figure in Photo Mode, to adding a fly swatter as a melee weapon. One of them even managed to replace Chris with Dante.

With RE Engine's ease of modding, it seems safe to say that the Village community on PC will be filled with more content like this in the future. Even though it seems full of jokes, some of them have managed to offer improvements on the gameplay and technical side, such as the FOV Slider for example.