Will Uncharted 4 Go for PCs? Know the Information Here

May 28, 2021 Post a Comment
The Playstation's extra attention to the PC market over the last few years is certainly a strategy that deserves to be welcomed with open arms. Game releases like Horizon Zero Dawn and Days Gone for this platform, which are also supported by a variety of new features such as higher framerates and wide-screen support, certainly have the potential to invite new fans. The good news? Sony is clearly committed to continuing this strategy in the future, especially with the official existence of the name "Playstation Studios" on Steam. The main question is what game next? 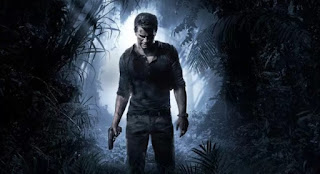 Sony hasn't spoken yet, but for the umpteenth time, the internet is doing its magic. This information turned out to be "available" in Sony's latest presentation to investors. Talking about their franchise on the PC, which was released in the name of profit, building a new fan base for the title, as well as pursuing new markets such as China and Russia, Sony wrote Uncharted 4 as the next Playstation game release to PC! But unfortunately, there is no information about exactly when we will be able to anticipate the arrival of Uncharted 4.

There is also no information whether this also means Sony will release the first three Uncharted series which are currently available in the Remastered version or not, given the story of Nathan Drake which will continue until this fourth series. How about you? Interested in trying Uncharted 4 on a PC if it's available later?