June 12, 2021 Post a Comment
Trying to do something new and different is what Hideo Kojima pursued for his game after leaving Konami – Death Stranding. Making the "walking simulator" the basis, making the journey long and tiring, and then encouraging players to help each other through the "asynchronous multiplayer" system that is full of positive atmosphere. Who would have thought that Hideo Kojima and Kojima Productions themselves weren't done with Death Stranding. Something special they are preparing for the Playstation 5.

Coming as a surprise at the Summer Gaming Fest 2021 event this morning, Kojima came up with a pretty surprising teaser. He officially announced Death Stranding: Director's Cut for Playstation 5. What makes it unique? The whole teaser that he released gave a super strong Metal Gear Solid atmosphere. The enemy is positioned on the right path, in snowy conditions like Shadow Moses, with the main character - Sam who had considered using cardboard to sneak like Snake. Even the music itself is quite reminiscent of Metal Gear's typical infiltration music. 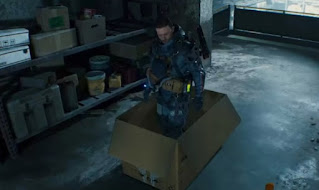 Sony and Kojima Productions promise to share more details in the near future, with definite confirmation while only the release for the Playstation 5 itself. What do you think of this one teaser? Any suspicions about him?