June 21, 2021 Post a Comment
Mobile Legends recently released a new update that changes its gameplay. The addition of new items accompanied by changes to the roaming and jungler systems are some of the things offered in the latest update.

Of course there are some interesting updates such as the addition of new heroes and so on, but improving the quality of gameplay seems to be some of the things that are emphasized in the Next Phase 2 Project. 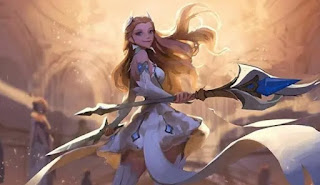 Heroes like Kagura, Hayabusha, Lancelot, and Odette will reportedly come with fresher skills. Quite impressive, where 2 of the 4 heroes just mentioned above are included in META and are 2 of several heroes that are quite often used both on the Advance server and on the Original Server.

Yes, even so, the player's wait for the Phase 3 Project NEXT update was not as long as the player's waiting from Phase 1 to Phase 2. Leaks from several Leakers Mobile Legends said that Moonton would update Project Next Phase 3 together with the revamp of the newly mentioned heroes. above to be exact in September 2021 next. Exactly 3 months after this Phase 2 update.

This rumor is still in the form of information that is not 100% correct, because Mobile Legends Moonton itself has not officially announced this information. But in your opinion brott, what hero should get revamped by Moonton.