The cool thing is, each of these skins will usually change various things in the game, starting from animation, to detail skill effects for those of you who use the skin. Mobile Legends also often provides updates related to skins for each hero user, starting from the ones used the most, to the ones that are rarely used. 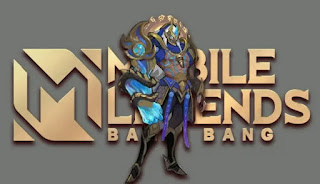 The new leak that we got is that Moonton will give a new skin with a Collector type for our fighter hero Aldous in September 2021!

Aldous looks very fierce in the latest Collector skin. A bright blue gauntlet accompanied by a mask crown that covers part of his face, Aldous looks very OP in this new skin. Not only that, players can also see him wearing a blue robe with a purple bandage which makes him quite charming.

For those of you who are not familiar with Collector skins, this type of skin is one of the rare skins in Mobile Legends before skin legends which will change almost all designs and skill effects owned by the hero who uses it. The cool thing is, these skins can only be obtained from certain events, thus adding to the "scarcity" of these skins in the game.

Unfortunately, it is not yet known what the skill effects and in-game designs of this Aldous skin leak are, and whether this leak will actually be released by Mobile Legends in the future next September because this is only a "leak".