RE Village Gets DLC, RE: Verse Released July 2021

June 15, 2021 Post a Comment
The E3 event and June where it was held are always special moments for the gaming industry. It becomes the best mecca to pay attention to what games are worth anticipating, not only in the next year, but also in the next few years. Unfortunately, sometimes there are some publishers who for whatever reason, actually use this moment for standard announcements which instead of building hype, actually builds their own disappointment. This is what seems to have happened with Capcom's E3 2021 event session this morning. 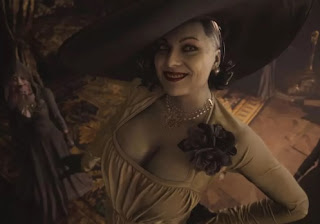 Although Capcom has been open to providing information about the games they will bring to the presentation, many fans end up expecting more and of course, end up being disappointed. For Resident Evil fans for example, there are only two important pieces of information to share without much teaser. First, Capcom claimed to be developing DLC ​​for RE Village, but did not share any extra details for it. Second? They confirmed that their multiplayer game – RE: Verse will be released in July 2021, although there is still no exact date.

Capcom itself promises to share more details about the Resident Evil Village DLC in the future. How about you? What kind of DLC content would you like to come out of Village?