Release Schedule for Devil May Cry Mobile: Peak of Combat Has Been Announced 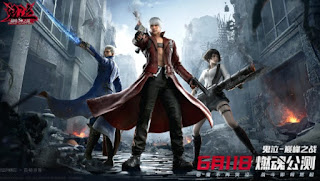 Devil May Cry itself is a hack & slash game as well as action and adventure which was pioneered and released by Capcom in 2001 for the PlayStation 2 version. Players will focus on action to defeat many enemies or bosses with the results of a variety of combos and attacks that are quite complicated. . This game already has 5 main games and 1 reboot game. The reboot of the game itself was not very attractive to players, so Capcom decided to continue the old story.

The first Closed Beta Test was completed in March 2021. Based on information from this Game page on TapTap, Devil May Cry: Peak of Combat will release on June 11, 2021 and for now this game is only confirmed for release in China only. However, if you look at the behavior of Capcom, which usually likes to produce games globally, it is possible that the existence of this game on mobile is also made like that. Devil May Cry: Peak of Combat itself is planned to be marketed as Free-to-Play when it is released later.

Post a Comment for "Release Schedule for Devil May Cry Mobile: Peak of Combat Has Been Announced"