June 18, 2021 Post a Comment
Jokes that often appear in cyberspace, but can't be denied, end up being enjoyed with regret and annoyance. That's right, we're talking about how Rockstar has now relied on GTA V for seven years as one of the biggest coffers of money outside of the release of Red Dead Redemption 2, which fortunately happened. GTA V first launched in 2013 for the Playstation 3 and Xbox 360, which believe it or not, have been two generations of consoles before. Aging age also makes Rockstar take inevitable steps for its online mode on both platforms. 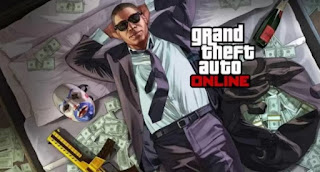 Along with aging, Rockstar Games has finally decided to ensure servers for some of their Playstation 3 and Xbox 360 versions of games, such as L.A. Noire, Max Payne 3, and surprisingly enough – GTA Online. The PS3 and Xbox 360 versions of GTA Online servers will officially die starting on December 16, 2021, with the stat tracking site via Social Club also going to be disabled. Rockstar also ensures that there will be no option to transfer character data to a more modern platform.

In addition, Rockstar will no longer sell Shark Cards for GTA Online PS3 and Xbox 360 starting September 16, 2021. How about you? How many of you still play GTA Online on PS3 or Xbox 360?