July 05, 2021 Post a Comment
Hearing not only the name of this game being discussed again, but having a definite release date at the end of this year too, is indeed a miracle. How come? We're talking about a game that shared so little information after the first teaser was full of hype, that it was rumored to be cancelled. That's right, we're talking about Techland's newest game – Dying Light 2. Fortunately, the various new information that is shared gives a little sense of optimism that this second series not only offers what we liked from the first series, but also expansions in several ways. This is what is shown in the latest trailer. 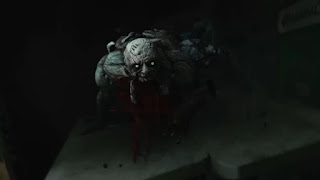 Through a 5-minute gameplay trailer, Dying Light 2: Stay Human focuses on introducing you to what kind of terror you will face in the future. His action of plunging into the GRE hospital brought him to dozens of zombies who were "resting", with several variants that didn't seem difficult to kill you if you woke up. The main character – Aiden is also clearly infected and needs to be exposed to the sun regularly so as not to turn into the same monster. Of course, parkour action will be very useful at a moment like this.

Dying Light 2 itself is planned to be released on December 7, 2021 for Playstation 4, Playstation 5, Xbox One, Xbox Series, and of course – PC. How about you? Interested in this series?