July 28, 2021 Post a Comment
The annual routine, FIFA is finally ready to return to accompany the gaming industry in the next few months. The release of this latest series is of course interesting considering EA Sports' claims regarding the implementation of new features such as HyperMotion which is claimed to make animation and player motion feel more natural and realistic at the same time. But unfortunately for PC gamers, this will be a year full of new disappointments. Why? Because instead of following the Playstation 5 and Xbox Series versions that come with these new features, the PC version will certainly follow the last-gen version, aka PS4 and Xbox One. At least, you don't have to deal with increased specification requirements. 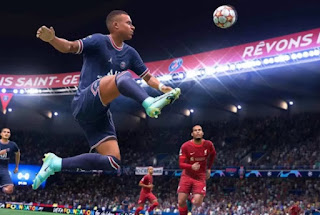 With the release date getting closer, EA Sports has finally released official information regarding the demands of the PC specifications needed to run FIFA 22 later. That's right, as predicted, considering that this series is still following the PS4 and Xbox One versions which incidentally also became the foundation for the FIFA 21 series, the specifications required were exactly the same. This means that if your PC can run the previous series, you don't have to worry about FIFA 22. What does he demand? Here he is:


The PC version of FIFA 22 itself is scheduled to be released on October 2, 2021. How about your PC? Ready to handle it at the best quality?