July 31, 2021 Post a Comment
In a blog post, the popular messaging app Telegram has outlined the many new updates coming to its app, the most significant of which is “Group Video Calling 2.0” where video calls of up to 30 participants can broadcast their cameras and screens to up to 1000 viewers.

They even say that this limit will increase until "all humans on Earth can join one group call". 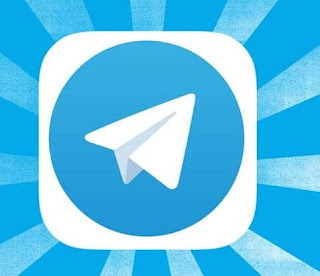 Video Messages has been updated to 2.0. This means that the circular tap-hold video message is now higher resolution and you can tap the message to expand the circular video.

Apart from that, users can also pause and scrub video messages. You can also now record voice messages and the user's background audio won't stop.

Videos sent via Telegram can now be watched at 0.5X, 1.5X or 2.0X speeds. On android phones will also support 0.2X speed.

Telegram 1-on-1 video calls now let you share your screen with audio, and there's a new auto-delete interval for deleting messages after one month.

You can now draw more precisely to the image before sending it to friends or groups.

There are now more animations on the passcode screen, and messages you add to chats will be animated in a new way in the Android app too. New password reset option that has been added to app settings which will help users recover password in 7 days if they don't have recovery password.

Post a Comment for "Telegram Adds Video Playback Speed ​​Feature, Screen Sharing With Voice And Video Call Up To 1000 Viewers"