July 08, 2021 Post a Comment
Innersloth recently released the latest patch update for its multiplayers game, Among Us. In the patch, Innersloth presents a new task for its players, accompanied by various bug fixes to improve the player's playing experience, as leaked on twitter a while ago. The update will also be coming soon on iOS and Android.

The new task that will be presented in the game is “Cleaning Vent” which roughly translates as cleaning the vent. This task is intended to make it easier for impostors to make excuses in the game. This is because, players now have a reason to be above the vent in the game. 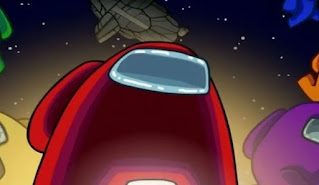 Innersloth themselves had teased the update a while ago on their Twitter, and had said that they would fix some annoying bugs in the game however, they didn't tell us directly what the bugs were.

Among Us itself recently released an anniversary update for the game in its 3rd year, increasing the number of players by 15 people, with additional colors, graphics, and a kill screen menu with a new map that will be present in the game in the future.

Innersloth also said that the game will be coming to PS4 and PS5 next. If you are interested you can download and play the game for free on Android and iOS, or buy it on PC.