This Mod Can Spawn Godzilla and King Kong in GTA V

July 03, 2021 Post a Comment
Since Grand Theft Auto V or GTA V was first released in 2013, games made by Rockstar are still loved by gamers to this day. Various mods made by fans also enliven the excitement of the game. One of them is a GTA V mod that features the giant monster Godzilla and also King Kong.

King Kong and Godzilla Destroy the City in GTA V

This mod was made by a modder by the name of JulioNIB. He made a very interesting mod for fans of the MonsterVerse film series. JulioNIB presents 2 very famous giant creatures, namely Godzilla and King Kong in GTA V. 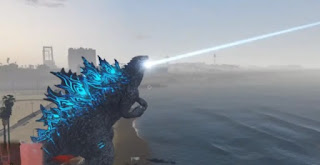 With this mod made by JulioNIB, you can use these two creatures and destroy cities in the GTA V game. Of course players can use the terrible power of Godzilla and also King Kong.

From the video above, you can use Atomic Breath which is the hallmark of Godzilla. Meanwhile King Kong has tremendous power with his two strong hands.

Talking about the GTA game, a new rumor has emerged regarding GTA VI. This information comes from a video belonging to a YouTube channel named Tom Henderson.

He is known as an informant who has provided many leaked game information such as Battlefield 2042. Tom Henderson said that the GTA VI game will have a story that focuses on the city of Vice City. To find out more about the GTA VI rumors, you can read more through our article here.

That's information about the GTA V mod presenting the giant creatures of Godzilla and King Kong that you can use to destroy the city. Are you interested in using this interesting mod?