August 23, 2021 Post a Comment
One of the most awaited wrestling games by fans, namely WWE 2K22, has recently launched a new teaser for the game they are developing. 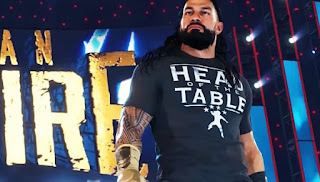 Through the latest teaser below, 2K Games is starting to tease fans by showing a number of WWE wrestlers. These include Sheamus, Finn Balor, Kane, Roman Reigns, The Miz, Rey Mysterio, and Shelton Benjamin. In addition to presenting a 30-second teaser, 2K Games is also reportedly ready to provide more information about WWE 2K22 in January 2022. Not only are they ready to provide information about WWE 2K22, they are also planning to be ready to release their latest wrestling game in March 2022.

Although it has been announced that it will be released in March, unfortunately 2K Games has not announced the price they will give for this WWE 2K22 game. So for those of you who can't wait to give this game another chance, you have to be patient until January.