Reported from a Youtube channel called Otep Gaming who managed to provide a leak of the latest Mobile Legends hero named Valentina. Valentina is a Hero Mage who has the ability to imitate enemy Skills and Forms in the Mobile Legends Game.

The skill that can be imitated by Valentina is Ultimate from the enemy. So, Valentina will only transform into the Hero she wants to emulate and take her Ultimate skill.

For example in the video, Valentina will face off against Yu Zhong. Ultimate Yu Zhong will make him turn into a dragon and give him the dragon armor. 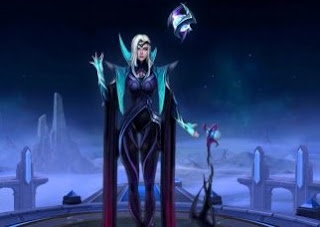 Valentina with her abilities can also transform into a dragon and get her armor.

Likewise with other Ultimate 100+ Heroes, Valentina can change shape and imitate their skills in Mobile Legends.

Day by day, Moonton is getting more creative in presenting the latest Heroes in Mobile Legends 2021.

Until this article was made, there are no definite skills 1 and 2 from Hero Valentina. This is because the "Otep Gaming" Channel is someone who can dig up data so there are still uncertain skills from the Hero except the Ultimate.

And also we haven't been able to see Valentina's picture in the Mobile Legends game. To be sure, he will be a very difficult Mage to use in Mobile Legends when he is present.

He will also be a Hero who will be very Overpowered when in the hands of players who have agility in playing.

How not, Valentina will be able to imitate any Ultimate Hero and make it a very situational Hero in the game.

He can also imitate the form of the enemy he wants to imitate so it may be very difficult to distinguish which is friend and which is enemy.