September 06, 2021 Post a Comment
Remedy's success, especially for Control, has made the anticipation for their next project so high. With several projects already confirmed, one of which will have a AAA budget, many are speculating that a new Alan Wake series is in the works. That shooter game with thick mystery elements will find its way back into the gaming industry, of course with the latest technology. The good news? The Alan Wake sequel series doesn't seem to be the only one that Remedy has prepared. 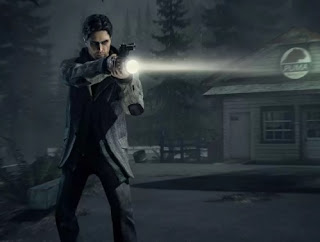 As if to agree with the rumors that had circulated before, Remedy is also believed to be preparing a remastered release for the first Alan Wake series which was released in 2010. This information comes from the site of a major Taiwanese retailer – Rakuten, which has listed Alan Wake Remastered for major platforms such as consoles and PCs. What's more interesting? This listing also lists October 5, 2021 as the official release date. Unfortunately, there is no clearer information about what kind of new content and features we can anticipate from it.

There are also rumors that Alan Wake Remastered will be officially announced this week. Remedy of course, still kept her mouth shut until now. How about you? Will this be an interesting product to wait for?