This is the first time Microsoft has released an ISO image for Windows 11 vNext. It's not explicitly tied to the next OS version, which will be released next fall, but it's a pre-release version. That's how the Dev channel works. It exists to test new features under the 'vNext' state. 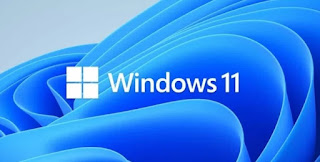 Also note that Windows 10 build 19044 is available in ISO format, as it is a preview version of Windows 10 version 21H2. That means that this is the only way to register your PC in the 21H2 test.

Having this ISO file can be useful if the user wants to perform a clean OS installation. So, currently users do not need to install Windows 11 and then register on the Dev channel to sample Windows 11 vNext. You can simply download the ISO and start over.

As usual, there are three editions of Windows 11 (or Windows 10) that you can download. That includes Windows 11, Windows 11 Enterprise, and Windows 11 Home China. And of course, all three come from three channels, including Dev, Beta, and Release Preview.