September 03, 2021 Post a Comment
The impatience of fans for the presence of Battlefield 2042 since it was announced has indeed become one of the extraordinary hype. This is shown by the many gameplay leaks on the internet even though it is still in the pre-alpha build phase.

Electronic Arts admits that it will ban accounts that have leaked gameplay from the game when Battlefield 2042 was released. However, for the following cases, it seems that being banned is not one of the actions they will implement. 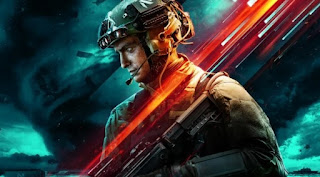 Launching VGC, Italian retailer website Media World explained that the Battlefield 2042 beta will take place in September 2021. Players who buy the game before September 3 will get early beta access from September 6-11 2021.

When asked directly, one of the representatives of Electronic Arts admitted that he neither confirmed nor blamed the information. However, they explained that the open beta period will begin in September 2021.

Of course we don't recommend you to believe it 100% and think of it as a mere rumor until Electronic Arts officially announces it.

Battlefield 2042 is scheduled to be released on October 22, 2021 on PC and consoles. The PlayStation 4 and Xbox One versions will only support battles of up to 64 players like the previous series, but the PlayStation 5 and Xbox Series versions will have the same features as the PC version, which is a maximum of 128 players in each match in certain modes.