October 05, 2021 Post a Comment
Battlefield 2042 is one of the titles that many players have been waiting for since it was announced. The game will feature 64 vs 64 battles with a much wider map and dynamic weather.

The latest series from EA and DICE will be present as a fully online game just like the original Battlefield series when it was released. They will return to the base game which is famous for its multiplayer-only mode. 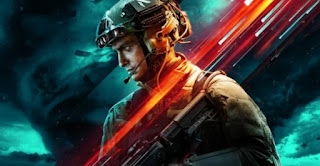 Before the game is released at the end of November, EA and DICE are holding a beta which will start in a few days. But before trying, it would be better to read any information about the beta.

Subscribe to EA Play or pre-order to enjoy the beta early.

Starting on October 6 at around 14:00 WIB – For EA Play and Pre-order customers.

Players can pre-load the game first because the size is quite large starting today, October 5, 2021.

Because Battlefield 2042 is classified as a massive project, the game has quite heavy specifications. Here are the details.