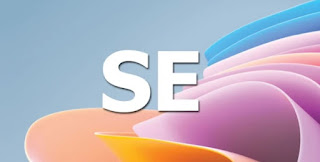 Different from 'regular' Windows 11, Windows 11 School Edition is indeed intended and targets students. This special operating system is designed in such a way as to be able to run a series of applications needed when students are in the learning process.

Although the two operating systems are both made by the technology giant Microsoft, there are some differences. Well, for those of you who are curious what the differences are, read this article to the end, OK?

As the name implies, not just anyone can use Windows 11 School Edition on the devices they use. Designed especially for schools, users can't even upgrade or even switch to 'regular' Windows 11. This is to ensure that the school gets special attention from the giant Microsoft.

Windows 11 SE was designed specifically as if to break the dominance of Chrome OS which is currently widely used by educational institutes. In addition, this operating system also applies a similar concept like Chrome OS, namely cloud-based services.

Not only 'limiting' its users in terms of software, Windows 11 SE also limits hardware support. Interestingly, this operating system will not be able to run on laptops with powerful processors, RAM above 8GB, and storage above 128GB.

This operating system designed specifically for schools does not offer a Microsoft Store, and offers limited application support. This step was taken by Microsoft to eliminate applications that were deemed unnecessary during the learning process.

5. Can only be run with a special laptop

Seeing some of the differences in Windows 11 SE before, it doesn't feel wrong if this operating system can only be run with a special laptop. Microsoft previously planned to release a laptop that could run Windows 11 SE exclusively, the Surface Laptop SE.

IT staff has the power to perform the installation on devices with the Windows 11 SE operating system. This means that students cannot tinker, including installing any applications on their devices.

Different from the operating system made by Microsoft in general, you can't try Windows 11 SE, because it is not sold separately. In addition, we can't even reinstall this operating system if something goes wrong.