GTA 6 Reported to be Created and Made and Released in 2025, RUMOR

November 26, 2021 Post a Comment
Who among you are still faithfully waiting for the newest game from the GTA series, namely GTA 6? Rockstar as the developer of this game has yet to provide certainty about the new game series that has grown their name. Various leaks of information from various parties have emerged. And recently, a leaked information regarding GTA 6 was reported to be completed and a possible release in 2025. 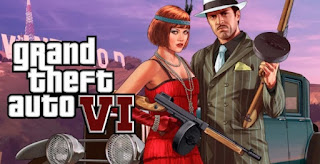 Is that right? Instead of being confused and curious, let's find out together!

This information comes from a leaker named Tom Henderson. He is known as an informant who often provides various information on the latest video game developments, such as the Call of Duty and Battlefield series.

Through a video on his Youtube channel, Tom Henderson provides news about the development of the new game GTA 6 that gamers have been waiting for. Based on the information he got, GTA 6 is likely to be released in 2025.

This is in accordance with previous information circulating on the internet where publisher Take-Two Interactive provided their financial data results in March 2021. Based on this data, Take-Two is focusing on Rockstar game projects with the latest variations, such as ports or remasters. And one of them is the GTA Trilogy Definitive Edition and the GTA V port for the PS5 and Xbox Series platforms. So it's likely that Take-Two won't be releasing GTA 6 in a year or two.

In addition to information on a possible release schedule, Tom Henderson also provided information about the setting of the story location that will be taken in the GTA 6 game. Based on the information he got, GTA 6 will focus on the story in the modern city of Vice City.

This is different from the statement he had previously said where he stated that GTA 6 was planned to take the story setting in Vice City in the 1980s. According to him, this change in story setting was deliberately done by Rockstar so that the development staff could be free to create GTA Online content based on GTA 6.

A Map That Changes Over Time

Not only that, Tom Henderson gave information about GTA 6. He said that this game will present a map that can change. According to him, a feature like this is similar to the game Fortnite where map conditions can change depending on game conditions and also over time.

Talking about GTA 6, it was heard that one of the creators of this game left the Rockstar development team. According to reliable sources, Chris from Rockstar Magazine explained how GTA 6 was redeveloped after Dan Houser left Rockstar.

Previously Take-Two wanted to announce the 2020 game, but this was canceled due to the departure of Dan Houser. To find out more, you can read more through the Gamebrott article here.

That's information about GTA 6 will be completed and possible release in 2025 according to Tom Henderson as an informant who often shares a lot of leaked video game information. Please remember, this information is still only a rumor and there is no certainty whether the information is true or not. Let's just wait for the official information from the Rockstar developer or Take-Two publisher.